It's apple season here on CTF. I am steadily working my way through mountains of apples. OK 'mountains' might be a slight exaggeration, but there are certainly quite a few kilos!
Here is a big box of delicious 'Reinette du Canada' apples - a French heirloom apple - that I picked yesterday. This variety is great for cooking, but it can also be eaten as a dessert apple. We usually cook it. 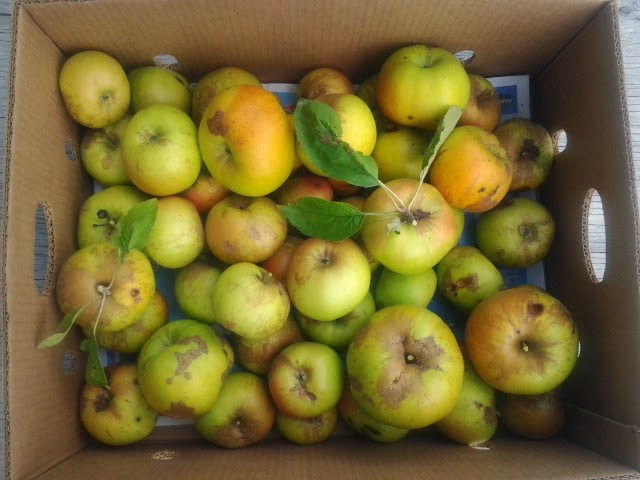 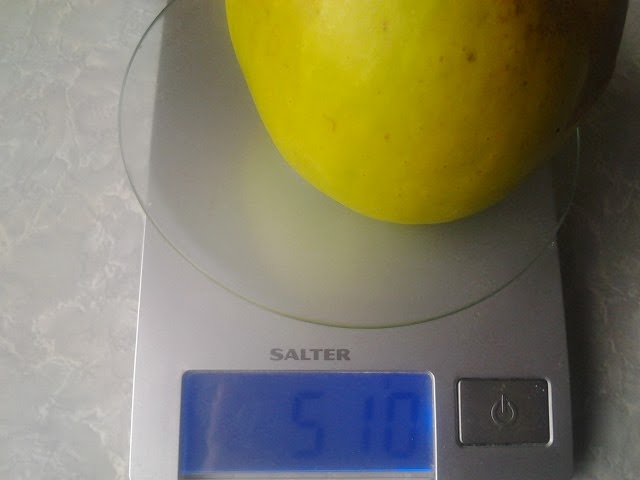 So I'm busy in the kitchen still - this time making applesauce. It's really easy to make, just a bit time consuming - as all preserving can be, when you're dealing with large quantities of fruit. From a bit of research on the web it seems that some folk just chop the fruit and then when cooked put it through a food mill to remove the pips and skin etc.
I prefer to peel, core and slice then cook up and puree with my stick blender (immersion blender) until I have a nice smooth sauce. Then I process in my trusty Fowler's Vacola water bath unit. 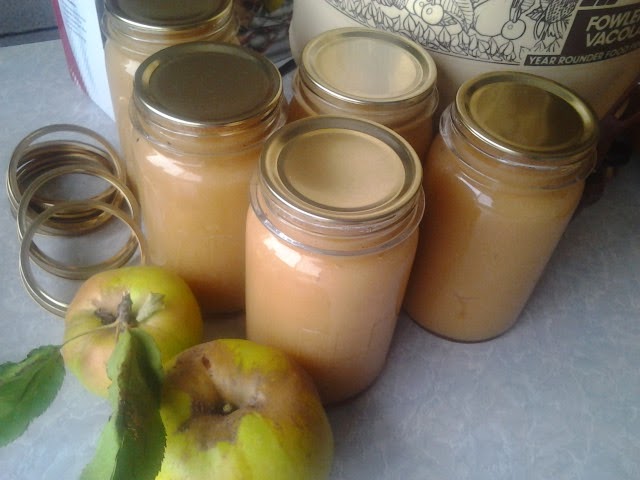 It's been great to finally put these old 'Agee' preserving jars into action. I've had them stored away for just the time when they'd be needed. They were given to me by a work friend quite a few years ago now.

Disappointingly though, when getting them out of storage I noticed quite a lot had small cracks on the base. Some of them you could feel that it was broken but some of them G and I thought might be just where the glass came out of the mold rather than damage, they had like a tiny line on the base but no obvious break or chip.

I am going to have to test the ones we're not sure about to see if they'll be OK to use. I found a site that said to boil the jars in water for 15 mins to test them, has anyone tried this? I'm loathed to throw away what may be a potentially usable jar, but on the other hand I don't want any disasters with jars full of fruit cracking and leaking!
Posted by Cabbage Tree Farm at 9:16 AM

15 minutes would be a small amount of time compared to the clean up from sticky apple sauce going everywhere. I would test them.

Hi Fiona
Yes I think you're right there!
Besides I would hate to get rid of them when they could be perfectly usable.

They're pretty jars :) I'd test them to make sure they are OK... it's always so disappointing to lose your preserves- You know some of my old fowlers jars have funny little marks on them from coming out of the mold, but are perfect to use, so yours might still be good!

Hi Ock Du Spock
Thanks for your comment, it's reassuring to hear your jars have some funny marks on the bottom too, I will test the ones that aren't obviously cracked!
Still busy preserving no time to do my raised bed garden :-( yours looks great!